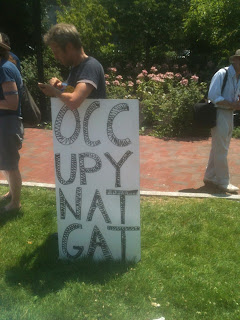 However, the nation’s sixth-largest transit system is not contemplating expanding services to meet the growing demand. Instead, Republican hostility in Washington and Harrisburg is pushing SEPTA and other public-transit agencies nationwide to the brink of fiscal — and physical — ruin."
at 1:46 AM No comments:

Young People Are Driving Less—And Not Just Because They're Broke - News - GOOD: "As a result of decades of car-oriented land use policy, private automobiles are a necessity for many Americans. Even most urban areas of the Sunbelt—Atlanta, Dallas, Phoenix, Los Angeles—are barely traversable by foot, bike or train. Despite this reality, Americans seem to be driving less and returning to cities with a diversity of transit options. (I’ve chosen Philadelphia: We still have trolleys!) Young people, especially, are waiting longer to buy cars, and we’re driving less once we get them. Are norms are changing, or is it just the tough economy? Business Insider posits a strong link between this data and the recession: As unemployment goes up, Americans drive less—because many of them suddenly don’t have work to drive to, or because they simply can’t afford to maintain a car."

Walkshed Philadelphia | Personal and Precise Walkability Mapping: "Walkability means different things to different people. Empty nesters may enjoy being near a wide variety of restaurants and theaters. Runners and families might prefer easy access to parks and playgrounds. Young professionals and students may like the nightlife in certain neighborhoods. All of these people love and value walkability, but they all have different preferences that shape it.